Every great city of the world offers a grand panoramic view for the delight of its viewers, and Istanbul or New York is no exception. But very few cities enjoy a topographic outline that makes the panoramic gaze part of an everyday experience. If Constantinople was the Rome in the East, one underlying link was the topographical similarity of the seven hills. New York has its tall buildings, which creates a different topographic outline; in this case, geological formations (hills) are replaced by the concrete and steel blocks distributed along the island according to the intensified artificial sedimentation.

For a long time, Istanbul had its share of painters to climb on the hilltops of the Golden Horn and along the Bosphorus, to find the exact vantage point to tell everyone else how magnificent the city was. Except for a few residents, almost all were traveling painters from Europe, and most of them were connected to the Ottoman Court. In this way, the Ottoman ruling elite was not indifferent to that primary function of a painted scene, that is, to acknowledge the riches in possession. Complementary to the panopticon, the all-encompassing view of the terrain is the affirmation of power and domination.
The Siege:

When a historic megalopolis, like Istanbul, is in question, this may come to mean different things, both historical and contemporary. For Constantinople, “The Siege” was in 1453, shortly before the ultimate fall of Byzantium. Very-well chronicled through eyewitness accounts (Frantzes and Barbaro), it was a grim period of roughly 50 days for the residents, entangled with complications in between Byzantines, Venetians, and Genovese, and charged with the clash of opposite faith, the residents finally abandoned by their merciful god and doomed. The walls of the city are still mostly intact 1500 years after their construction and 550 years after the siege, and they still obstruct the view of the outside. In these terms, the occupier’s gaze is not reciprocal and for the ones under siege, the space of consolidation is under the dome of heavens. The huddled mass in Hagia Sophia the night before the city fell saw their final prayers melt into thin air without a reply.

Meanwhile, when a contemporary mega-city is in consideration, the siege comes to mean a territorial battle of a different order. For instance, Istanbul saw its population increased tenfold to 11 million in a mere 30 years since 1970s, as manifest in a totally uncontrolled urban sprawl. The first wave of newcomers had fought their battle over the state-owned land along the periphery and forcefully won their grasp of real estate. The second wave turned the inner city into slums, as to imitate the once industrial capitals of the world with a considerable delay. The third and the last phase also followed the well-known pattern of gentrification, a kind of eviction (or contained in) of the underdog in favor of the global and local elite. When the idea of the “truly urbane” is completely blurred, the battles of territorial claim in Istanbul are fought in a number of different fronts.

We have discussed in our previous projects that in between tradition and change, Istanbul leads a schizophrenic life of its own. While the city appears as an easy prey for the multinational capital, to be colonized as the scenic/historic/nostalgic site of international tourism and the global trade, the enterprise contradicts with the demands of local and feudal nodes of power. In between the corrupt state, the all-powerful military, the greedy venture capital, the local nationalist/mafioso organization, the Islamist mayors and other claimants of various caliber, big and small, the land is cannibalized. In a rather tight and claustrophobic space of the city, all involved parties have their own sphere of influence, a territorial/spatial claim somewhere in between a few square meters in front of the store or another floor on top of the apartment building, to the mega-hotel complexes built under purely illegal terms albeit under the auspices of the local government.

When the urban land reclamation of Istanbul is considered, we are once more sure not to rely on the urban plans, land registers, building permits and other “enlisted/doctored” data of the official kind. Instead, we focus on bits and pieces of property somehow let free to float in between the power struggles and territorial claims, waiting for their turn to be “developed”, and in the meantime lending themselves to a number of tasks.

It is no coincidence that the photographic part of the proposed archaeology concentrates around the land walls of the historic (Istanbul) and the modern city (New York, and part of Istanbul), whose limits enable a derelict buffer zone, and outside, the pillaging goes on. When the photographs from Istanbul offer a limited view of the derelict land and the reminiscence of the historic fall. They contrast with the cliché of the silhouettes attributed to Istanbul.

Comparative visual analysis (not social-scientific but an artistic one) provides us clues to engage with certain differences as well as similarities of the capitals of the two Empires. One can see these similarities as part of the flow and accumulation of capital, which define the rise and the decline of these two dominant powers, based on the political/military/financial conditions. High-rise financial buildings, shopping malls, theaters, chain restaurants follow the same architectural schemas as the new fortresses of the 21st century.

As security becomes the primary concern due to the recent events both in New York and Istanbul, the militarization of urban life works with these new architectural layouts, in which security gates, cameras, guards, police, x-ray detectors become the primary parts. (Wall Street, for instance, is undergoing this kind of intense fortification, while the artworks from famous corporate/gallery artists are decorating this military activity within that large scale corporate setup)

The aim of our project is to observe the membranes of the transitional zones. Varied strata of the city show us that even when assuming the total control of the economic, political, and military institutions over territory, there are always temporary spaces of neutrality. These spaces are defined by insecure yet active crowds who use these temporary zones. What interests us is the sedimentation of the momentary existence of non-defined spaces.

With this respect, for us, there are crucial differences between the legal and legitimate boundaries of this type of temporality. While legality is kept and controlled by the systems of law, which secure and protect the ownership of the land, active /progressive social forces define what is legitimate and what is not. For instance, a squat could be illegal according to the code of law, yet it might be totally legitimate for people who create temporary shelters for themselves (This is the basic human need after all). On the other hand corporate tactics to gain control over the territory could be legal (thanks to talented corporate lawyers), yet, for us, it should be considered as an unlegitimate game of capitalist democracy. That is why, with active public engagement, we need to re-define the territorial conditions (for a truly civic understanding of democracy), and without falling into a nostalgic dream, we need to seek new possibilities within the impossible conditions. 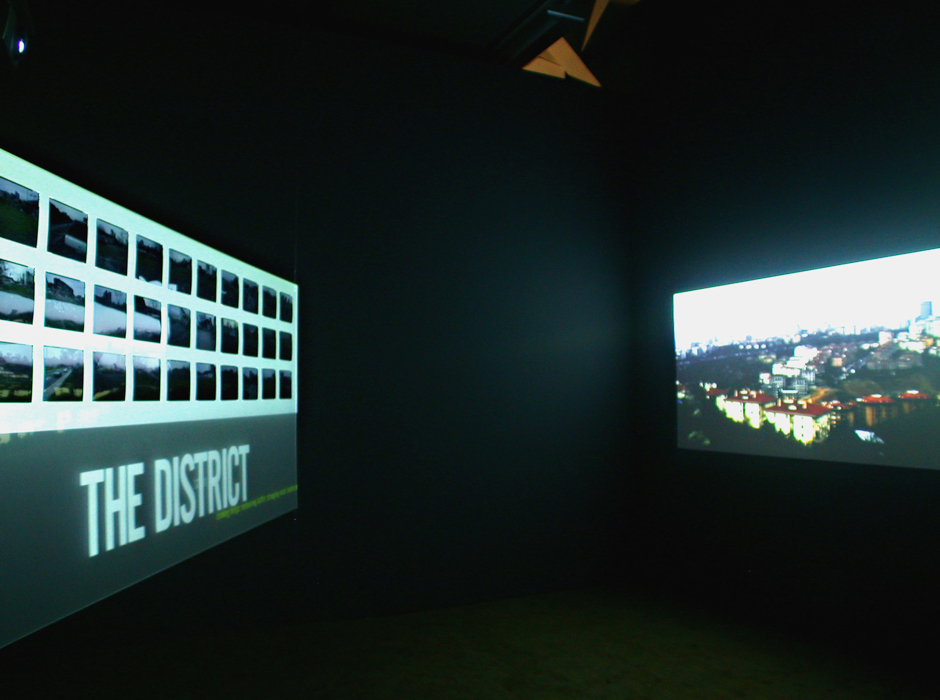 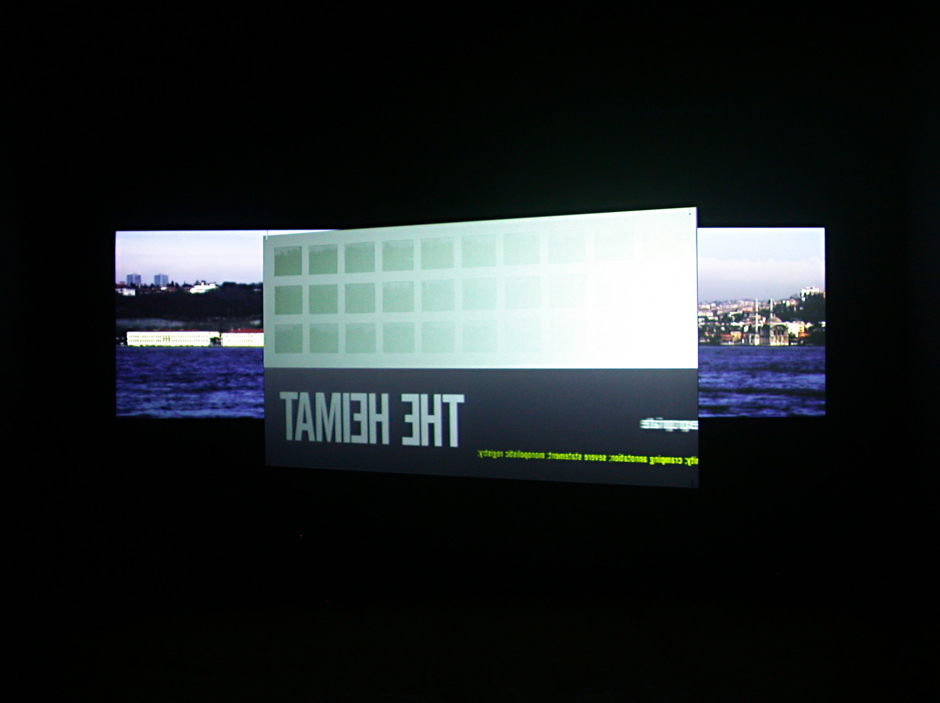 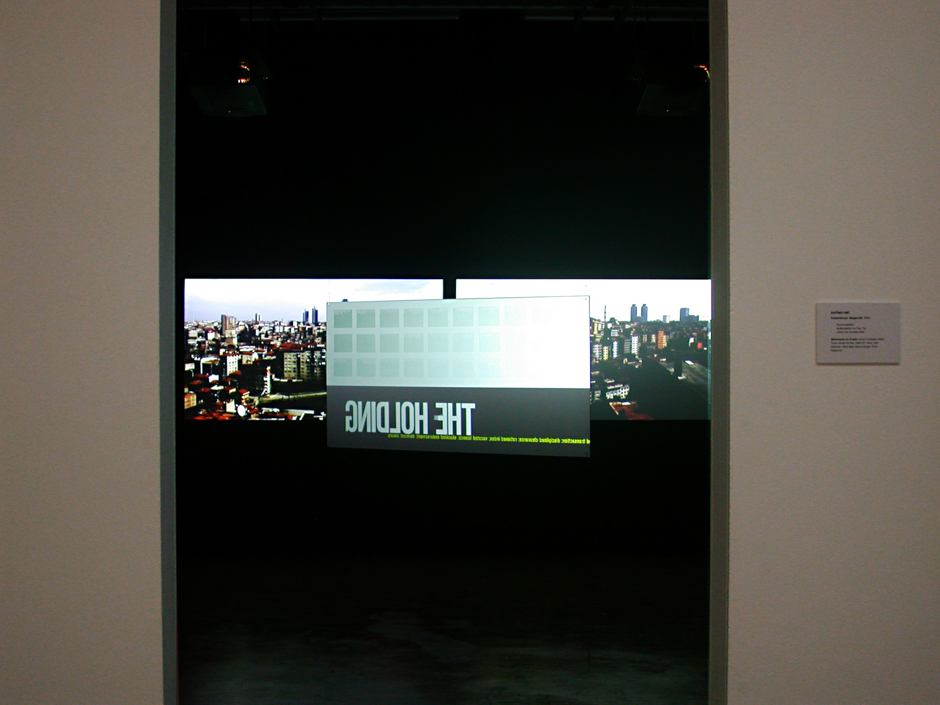 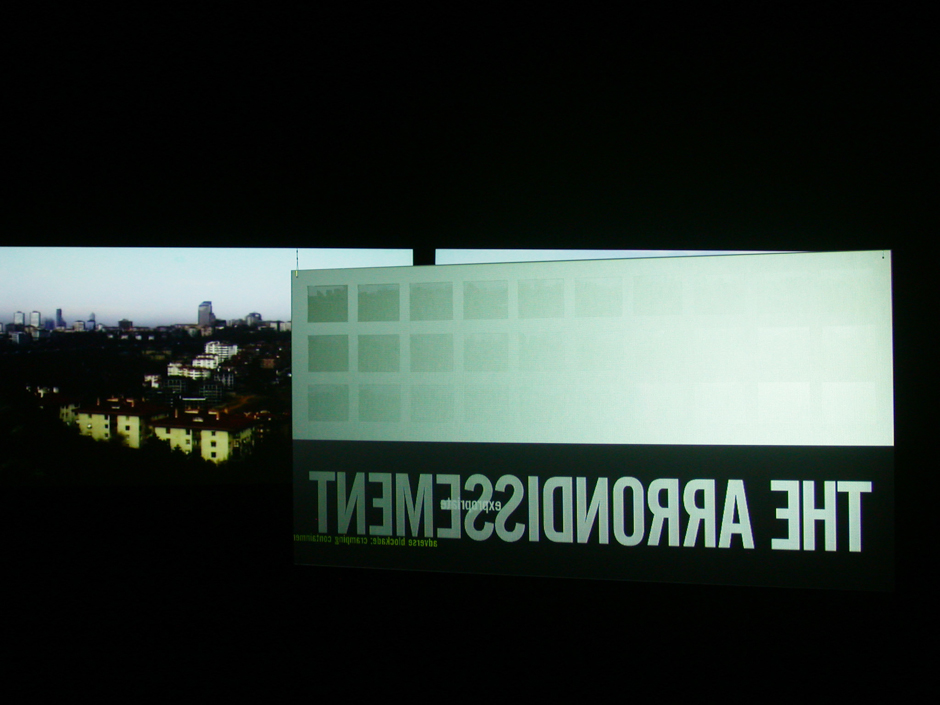 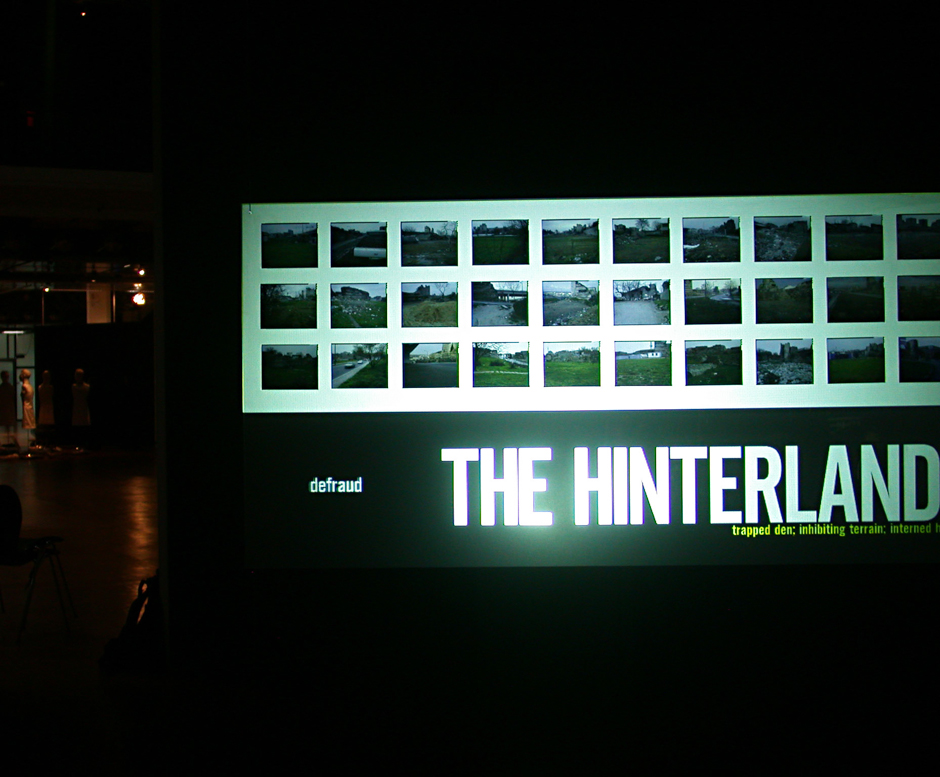 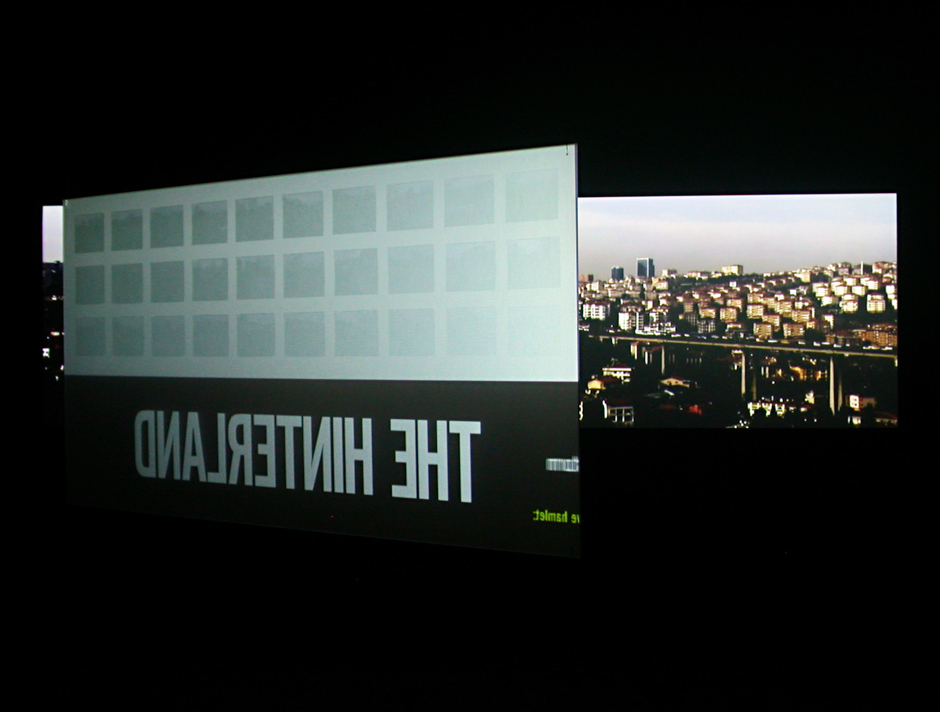 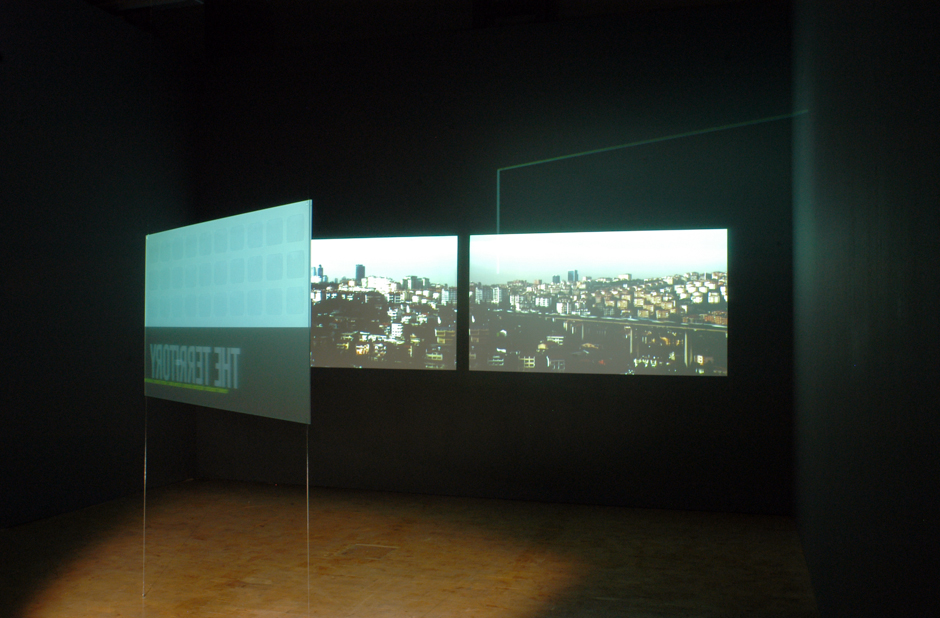 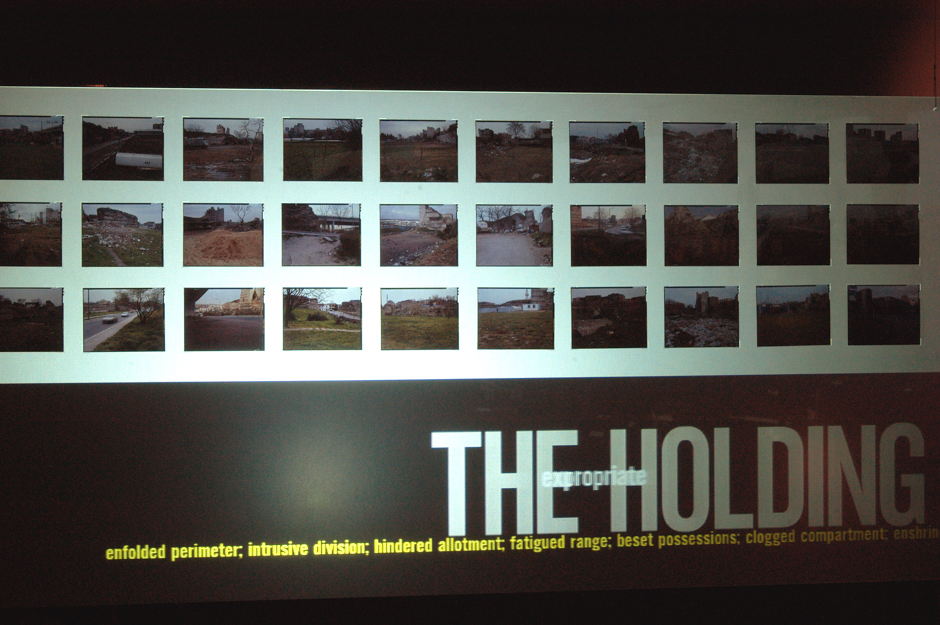 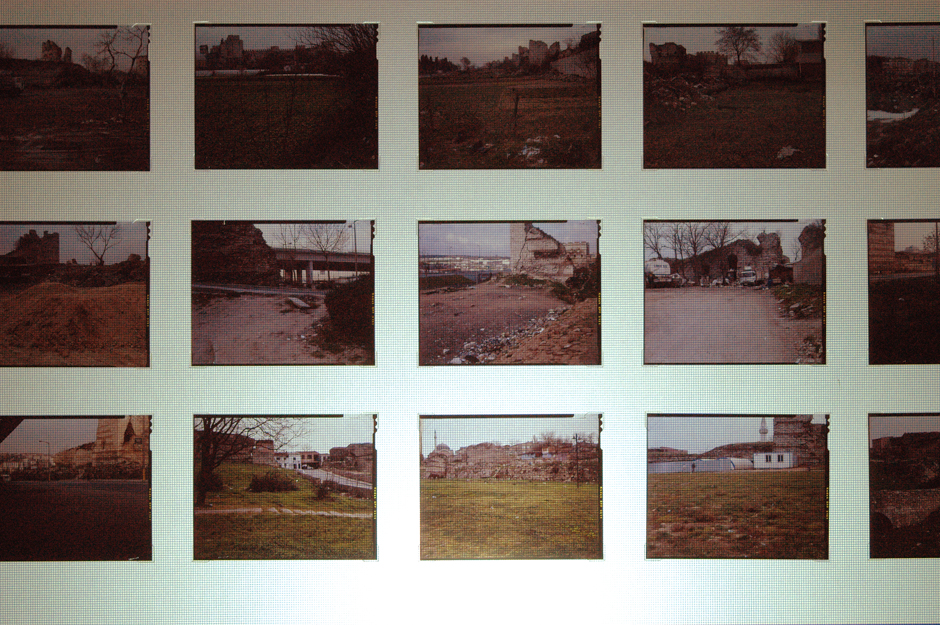 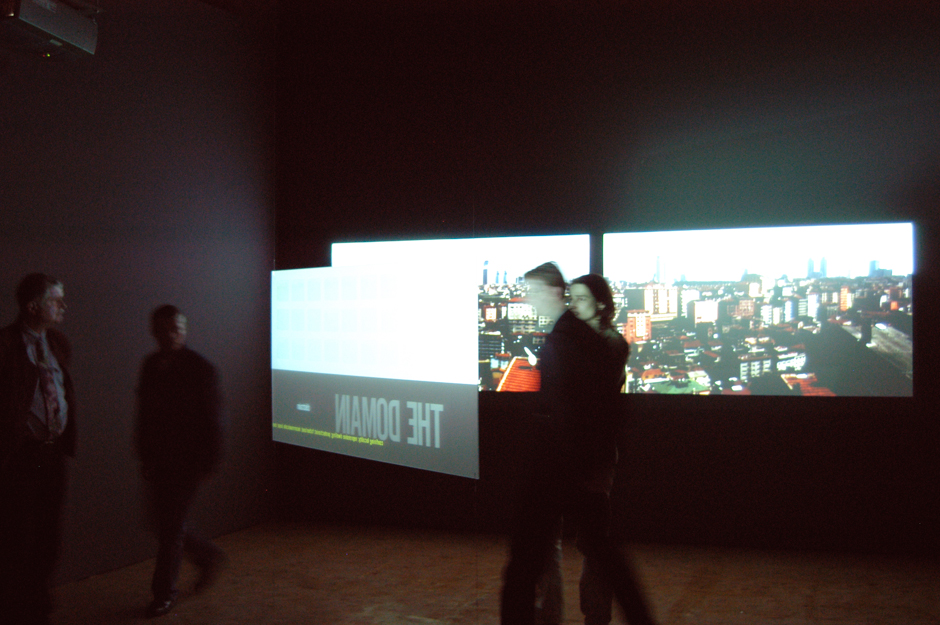