Fortification as Beautification: A Proposal for the German Pavilion in Venice, 2009

At the beginning of February of 2009, I proposed a project to Liam Gillick to be realized at the periphery of the German Pavilion in Venice’s Giardini. I had no intention to intercept Liam’s installation but I intended to realize a landscaping/beautification project for the pavilion by temporarily transforming the immediate vicinity. Since Liam exclusively emphasized collaborations and collective production, I felt a strategic opportunity. It was not the antagonism but the proximity to his ideas was the reason that I approached him to develop my project in the first place.

I wanted to utilize the grass field without obstructing the main facade or entrance. I considered the project as a landscaping proposal; I would select certain flowers and plants from the Anatolian landscape in different colors and smells to design particular sections. The new garden would, both visually and olfactorily transform the Giardini’s dry landscape. Landscaping would be carefully integrated into a fortification diagram replicating a European medieval city plan. The basic idea was to protect the German Pavilion from possible enemies that may arrive from the waterfront—historically they were the Ottoman vanguards (some call them Barbarians) who were constantly attacking Venice. Italians are probably still using the term “Mamma li Turchi!” (“Oh my, the Turks are coming!”)— and other national pavilions which are strategically positioned around the German Pavilion positing an eminent cultural threat.

I talked with Liam in person and over e-mails, he was interested in the project and possible collaboration, he was generous with his time and ideas but understood the conceptual pitfalls, dangers, and the problem of including a Turkish nationality artist in German territory. After almost 2 months of low-intensity negotiations, Liam concluded that my project did not fit what he was doing. Maybe it was a bit risky for him to involve a “Turk” in his projects, taking the limelight from him, changing the tack of his project. Or perhaps the curator or the foreign ministry rejected the idea. Actually, they did not have to accept it for sure. However, Gillick lost a historic opportunity to make a meaningful intellectual mark in Venice Biennial’s history.

Space was disputed from the beginning. Liam mentioned that only 10cm of the periphery was owned by the Germans, the rest was Italian land.

The project was proposed in order to problematize many issues at once and create conceptually significant connections between different localities, time-zones, cultures. Germany and Turkey share shreds of memory, in addition to this, and perhaps most importantly, is the contemporary history of immigrants from Turkey now living in Germany, which, in my opinion, made the German pavilion an interesting site for a radical intervention to question the borders, fortification and exclusion mechanisms as a subtle but important contribution to the understanding of existing conditions on the ground.

I regarded the gardening and landscaping of the periphery as not monumental but a suggestive contribution. In between the other national pavilions, an attempt of gardening would have created a temporary zone, with no official papers— just like slums or illegal immigrants— where multi-cultural EU visitors of the art festival could engage without even knowing it was there. The possibility of utilizing the building’s periphery for gardening and landscaping is mostly concerned with the rise of rejection of ‘hybridization’ in Europe i.e. the mixture of bodies from different ethnic backgrounds. 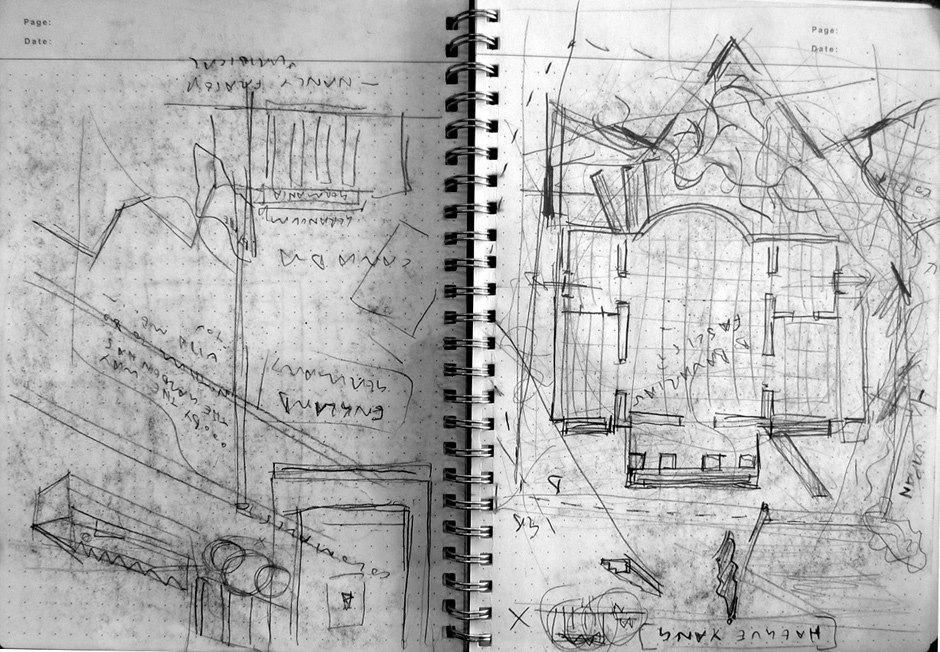 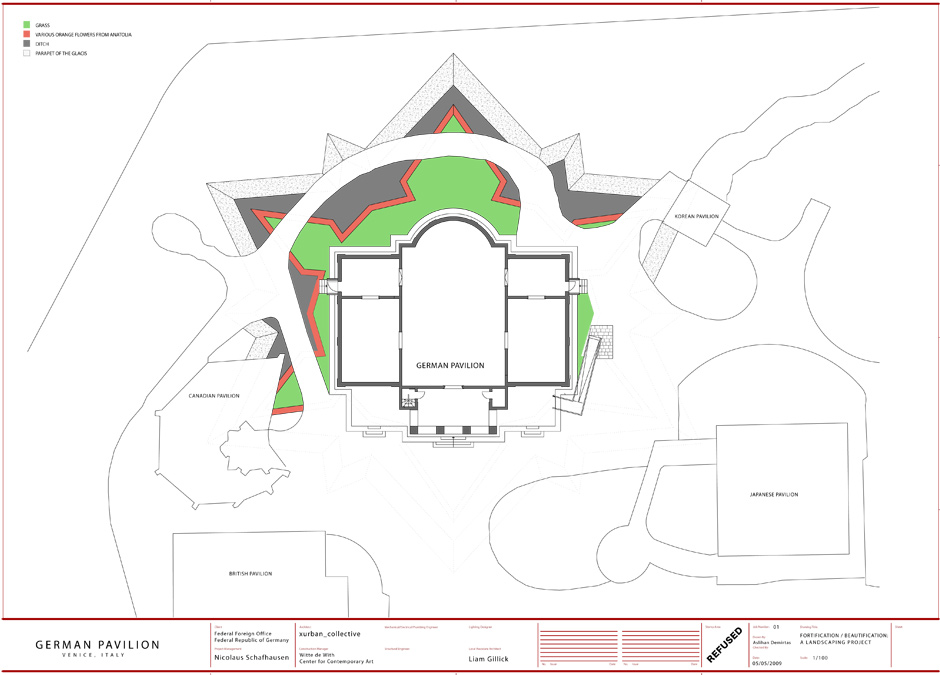