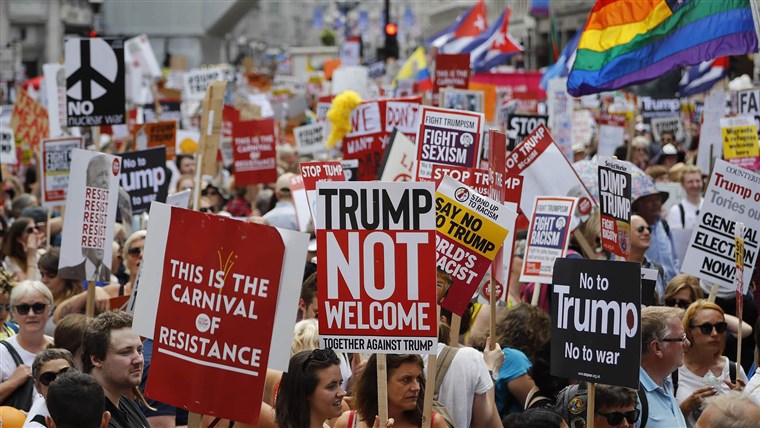 I have been thinking about the Trump Presidency. Like everybody, I am extremely upset and startled. Considering the Turkish and various European cases, IMO, Trump will incorporate a combination of social democrat and racist/discriminatory policies and do the following:

Economy & Environment:
– Believe it or not, he may be the Keynesian candidate that Obama wanted to be. He needs to make his white-working-class-base satisfied by providing them jobs and education. As he declared right away, he will initiate large-scale infrastructure constructions. Military and civic projects will be strategically instigated in areas where his constituents are dominant.

– He will open the environment for extreme exploitation. I mean extreme looting; pipelines, coal mines, fracking, oil fileds on land and sea, nuclear and coal power plants… you name it!
Total ecological devastation!

– He will opt for semi-protectionist economist policies. He may try to renegotiate some trade deals but his hands are tied. We are talking about Republicans here. Usual neoliberal story: He may want to tighten up the borders for people, but he will open it up for capital flow. For instance, Apple will be able to bring its large stash of cash in… Yes, Apple will profit from Trump.

Health Care:
– IMO, he can not entirely repeal the Obama Care. He knows that his white base was benefiting from it. I believe he will move to a more privatized, therefore less-coverage alternative. But health is one of the areas that he can not risk too much; i.e. he needs to behave like a social democrat: half ass…

Minorities:
He is going to declare peace with the Latino community, as it is the largest growing population in the US. He may elect some cabinet members, offer some concessions in regard to immigration.

Blacks and Muslim immigrants, on the other hand, are the ones that are going to suffer the most. Under his administration, the security-industrial complex will strengthen. Police will be granted a relative immunity. We are talking about the extreme policing and Israelization of the US; Remember Bush? In that regard, immigrants with Muslim backgrounds will face extreme scrutiny in every aspect of life. When Trump faces criticism for other issues, he will divert the public attention to immigrants and black communities.

The fundamentalist-Christian-right finds a new home at Trump’s White House. So, like secularism, women’s rights will erode. But this is an arena where Trump will face his strongest battles.

So, What Should We Do Next?

4- We are stronger when we are hopeful. Let’s focus on building a future for all, not just for select few. In other words, enough to Western Liberalism, yes to democratic socialism (+ little bit of anarchy )